Our first attempt to explore Augmented Reality development resulted in a project entitled, “Virtual VT.” Virginia Tech campus is large, and as faculty, we have very specific pathways that we take day in and day out, rarely straying from these specific paths.

This is different experience than students’, whose lives revolve around campus from dining halls, to class, to the infirmary. The objective of Virtual VT was intended to help people discover the campus using AR.

The app identified campus buildings that were in focus through the smartphone camera, providing pertinent information about each one. We had the chance to play with it via the inaugural VT Summer Academy, which was program intended to help incoming freshman get a headstart on their studies and learn about the campus in which they would be living.

As part of the session, students downloaded the app onto their smartphones and were summarily “released” onto the campus with a series of missions to be completed through Virtual VT (see the video at right). For example, “Find a building(s) in each category [dining halls, administrative buildings, academic buildings, etc.] that you will need to visit during your first year and come back with two details about each building,” and, “Identify four academic buildings that existed in 1920. Provide an interesting fact from the history of 1 building.” As part of the session, students were also tasked with discussing how the use of AR could be extended into their own fields of interest and study, which led to robust discussion of visions of the possible using AR.

The app can be installed for both iOS and Android, via the project’s Facebook page: https://www.facebook.com/vtcampus/ 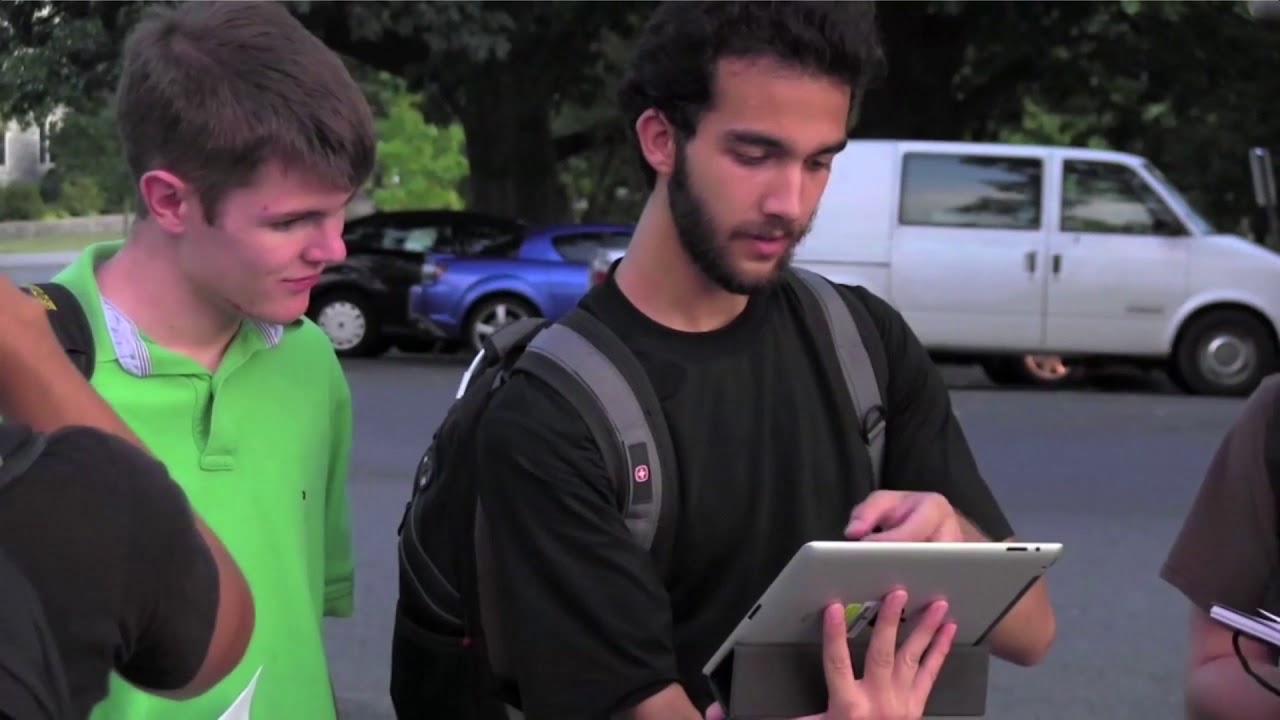